In Kenya, peanuts are referred to as groundnuts and are locally called “Njugu Karanga” (Swahili). Groundnuts are mainly grown in western Kenya by small-scale farmers both for food and sale. These areas have a tropical climate suitable for farming.

Most farmers in Kenya are now embracing high-value crops like groundnuts and soybeans, ditching unprofitable traditional crops like maize and beans.

It is estimated that a farmer can harvest up to 1.6 tonnes of groundnuts in an acre piece of land. With groundnuts retailing at Sh12,000 per 100kilos, one is likely to earn a whopping Sh192,000 in just 90 days. In 2019 the export market price for Kenya peanut (groundnuts) price was $1.96 per kilo. The crop requires less maintenance and adds valuable nitrogen to soils if compared to maize which can earn a farmer less than 40 bags weighing 90kg which retails for as low as Sh2000.

Even so, do farmers really know the conditions and how to grow groundnuts profitably? Have no worries as because we have prepared all that for you.

The benefits of groundnuts include the following:

Forms in which Groundnuts can be Consumed:

The groundnuts can be consumed in the following forms:

Groundnuts grow well in warm areas, below 1500 meters above sea level with temperatures ranging 28-30 degrees census. Low temperatures affect their flowering and seed formation. They also need 500 to 600 mm of rainfall, well-distributed throughout the growing season. The crop can survive drought or reduced rain but yields will be low. Well-drained soils are needed although the crop can also grow well in clay soils.

To control seedling blights caused by soil bacteria and fungi, and also other fungal diseases, a fungicide treatment is recommended. Apron Star 42 WS gives good protection and can be applied by soaking seeds at 10g of Apron Star/10 liters of water. The mixture must be uniformly mixed with the seed.

When and How to Plant Peanuts

Just like maize, groundnut is an early-season crop hence it must be grown at the onset of rains. In Kenya for instance, the best planting seasons are Feb-March and August-September. Groundnut varieties differ in size, color, and shape.

There are two main varieties of peanuts in Kenya namely:

Bunch varieties are a small, tastier, and highly marketable variety. It matures in 60 – 75 days. The runner is the larger variety and is preferred because of the high yields; it matures in 90 – 100 days.

Varieties found in Kenya include Red Oriata, Manipinta, Makulu Red, Bukene, Homa Bay, Texas Peanut, Red Valencia, and Atika. Depending on sizes, a space of 30-45cm is needed between rows and 15-20 between plants. This means an acre farm can accommodate up to 66,000 crops which is equivalent to at least 16 kilos of seeds that are sowed to the depth of 5-6 cm.

What Peanut Varieties to Plant

Timothy, a groundnut farmer from Siaya, Kenya grows the Red Valentia, which is tastier, and Manipita, which is the bigger groundnut variety.

The latter produces up to 2.2 tonnes per hectare whilst the Manipita produces up to 2.4 tonnes (2,400kgs) per hectare every season,” he said.  According to a recent monthly survey by the Kenya Agricultural Commodity Exchange, a 100kg bag of Red Oratia groundnuts costs about Sh10,000.

With Kilimo Biashara quoting that groundnut ranges from Sh7,500 to 13,000 per 100kg bag, in Western, Eastern, and Coastal areas, Simiyu makes about Sh450,000 per hectare each season from his Red Oratia and Manipitia groundnuts. In a good season, his three hectares can thus bring in about Sh1.35 million.

“After delivering to the market, irrigating, paying the workers and all expenses included I make a profit of about Sh1 million per season. I save part of this amount and use another Sh350,000 to prepare the land and all other expenses for the following season,” says Timothy Simiyu.

Instead of nitrogen fertilizer as the crop is self-sustaining, groundnuts require adequate calcium especially when pods are forming. Phosphate fertilizer at the rate of 40kg per acre is also needed to boost the firmness of the crop.

Groundnuts are highly susceptible to various pests and diseases throughout all stages of growth. Termites, aphids, white grabs, and millipedes that attack roots, stem base, leaves, and pods can be prevented by either early planting, observe high farm hygiene, conserving natural enemies, timely harvesting, and using well-decomposed manure.

However, virus diseases like Rust, Bacteria Wilt, and groundnut rosette virus account for 80 percent of groundnut damaged while on the farm. Others include leaf spot, crown rot, and damping-off disease.

The majority of insect pests that attack groundnut can be grouped as:

In order to prevent these devastating diseases, farmers are advised to practice measures like;

Determining when to harvest groundnuts is important. Since they can be flowering even at harvest time, a farmer must scout his garden on a regular basis. Hand pulling is one of the most used and suitable forms in sandy and loam soils while ox-drawn plows or hoeing can be used when drought sets in at harvesting time.

Damage to pods should be avoided as this can lead to aflatoxin contamination. When pods are damaged, molds will enter and produce aflatoxins. The situation becomes worse when drying takes place on bare ground. Inadequately dried pods are another source of aflatoxins.
Since aflatoxins are becoming a major health concern, commercial farmers are advised to measure moisture content.

The Muharata Peanut Sheller is capable of shelling a maximum of 30 gunny bags worth of peanuts a day with minimal breakage and/or waste. This is a machine that has been designed and fabricated in order for it to be both very compact and very efficient.

The nut roaster that we manufacture is able to roast a variety of seed nuts as the client sees fit; Soya beans, groundnuts, cashew nuts, macadamia nuts, and of course peanuts among many others. These machines have varying capacities ranging from 50 kg/batch to 500 kg/batch. The roasters are fabricated using the highest quality materials to ensure long-lasting durability and service. They are powered through either electricity or are gas-powered depending on the customer’s requirement.

This machine is used to grind roasted nuts into butter. Due to the presence of various screens, one is able to grind said nuts to various textures. The capacities available range between 20 kg/hour and 250 kg/hr.

What to Consider when Selling or Buying Peanuts

With its developed market for confectionery, peanut butter, and other products, Kenya has been dependent largely on imports of groundnut from countries such as Malawi and Zambia. This is in spite of many regions of the country having the potential to produce more groundnut.

Low productivity of local varieties (seed of improved varieties are inaccessible due to policy issues), growing varieties that are susceptible to disease, poor agronomic practices, and low prices due to poor marketing channels have hampered increasing the area under groundnut. For instance, farmers in Elgeyo, Marakwet, and Baringo counties (Rift Valley Province) in Kenya have been growing local varieties, popularly known as Cheplambus local. These varieties are late maturing, small-seeded, low yielding, and susceptible to disease. The production has therefore been low with a yield of about 700 kg per ha compared to potential yields of 2,000-3,000 kg per ha.

“The main challenge is the use of poor management practices. If farmers use suitable varieties, fertilizers, plant at the right time, and protect their crops from weeds, pests, and diseases, they will get optimum yields,” said Ms. Lillian Jeptanui, Agronomist, Egerton University.

Where to Sell Groundnuts 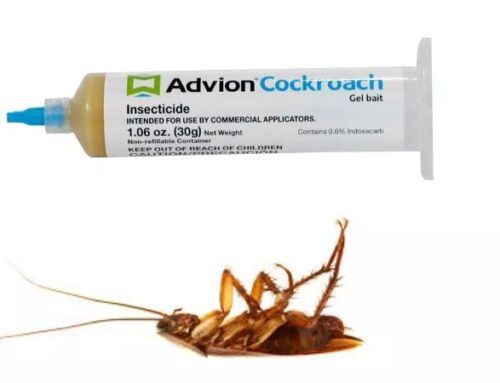 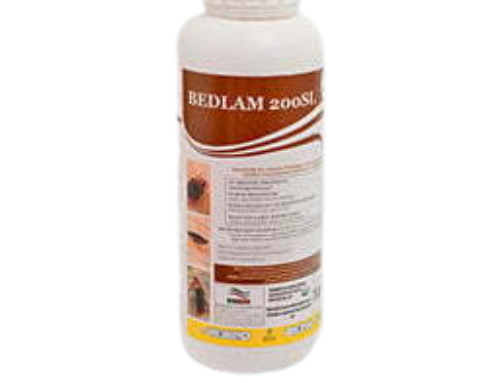 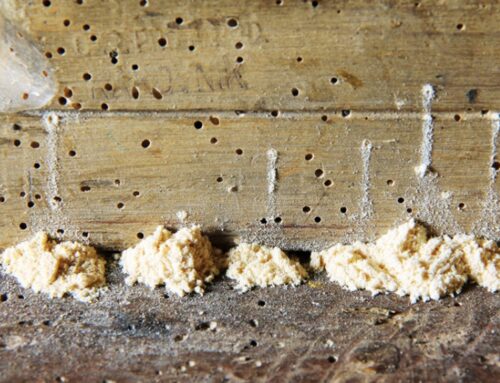 The comprehensive guide to eliminating wood borers in Kenya: Identification, treatment and prevention 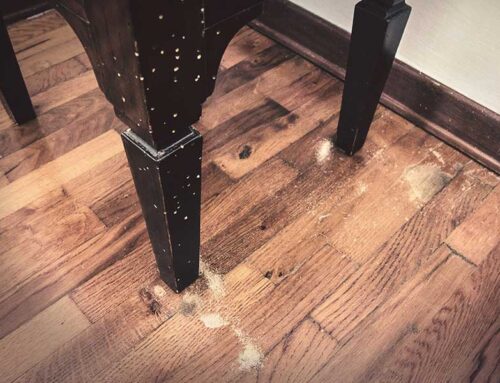 How to Get Rid of Wood Borers in Kenya Gallery

How to Get Rid of Wood Borers in Kenya 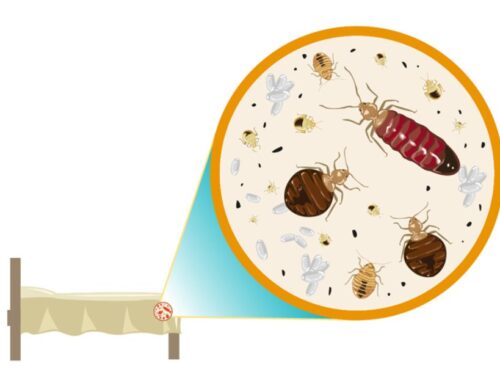 You Can Get Rid of Bed Bugs, Here’s How Gallery

You Can Get Rid of Bed Bugs, Here’s How